The power of mirror neurons in advertising 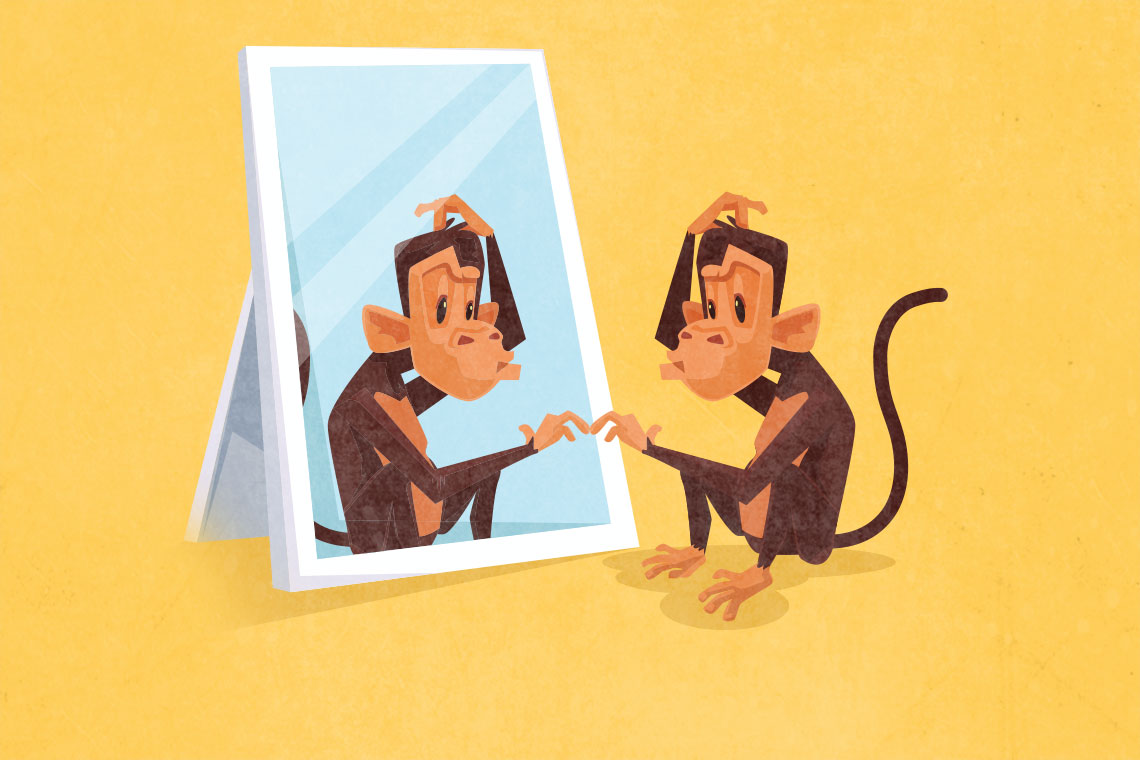 The power of mirror neurons in advertising

It turns out we all have a special cluster of cells in our brains that scientists have named “mirror neurons” because they seem to mirror in your brain an experience you see, hear, or read.

For example, certain parts of your brain light up when you kick your foot. Those same parts of your brain also light up when you just hear the word “kick.” In another example, when you are drinking tea, your motor neurons (which also happen to be mirror neurons) fire up to extend your hand and grab the handle of the cup. Fascinatingly, when you watch someone else pick up their own cup of tea, the same parts of the brain fire up, as if you were also picking up your tea, even if your hand is totally stationary.

Interestingly, even hearing or reading words can fire up mirror neurons. Hearing the word “cinnamon” activates the same part of your brain that turns on when you actually smell cinnamon. Mirror neurons help to process the word by simulating the actual experience in your unconscious–just like you are doing right now. Can you almost smell the cinnamon?

Examining the impact of mirror neurons on our daily activities, it seems that they are essential for social interactions. The mirror neurons theory suggests neurons might be involved in feelings of empathy. The way mirror neurons likely let us empathise with others is by providing some kind of inner imitation of the actions of other people and in turn lead us to “simulate” the intentions and emotions associated with those actions. We tend to mimic and match moods, facial expressions, and behavior as empathy. When we see others smiling, chances are we will match our feelings to our emotional environment as a way to empathise. In addition we may also experience the feeling we typically associate with a smile.

So ultimately, mirror neurons control our ability to empathise. Our brain uses physical experiences to make sense of the world–whether you are actually having the experience or not. This does mean that perhaps we should be more careful about what we watch, but conveniently it does also happen to be extremely useful when it comes to advertising.

In advertising, two types of movement specifically cause the mirror neurons to activate: “grasping with the hand” and “bringing to the mouth”. These two techniques have been powerfully implemented in hundreds of TV commercials over the years, in which a character typically grabs a food product and brings it to his mouth. Studies suggest that TV commercials that utilise these techniques may prove more effective at selling the product.

One of the most iconic of television ads to use this technique is the “Solo Man” ad… excuse me while I “slam one down” while you watch it for yourself.

If you want to keep up to date with more neuro-marketing insights like this one, follow our blog and social channels, or reach out to us by clicking here.